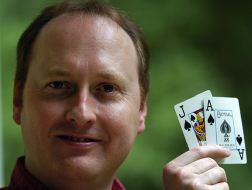 After years in Mississippi you can now find me and my family in Dallas TX, at least when my wife and I are not traveling. Some of our favorite trips in the last few years include Istanbul, Ecuador, Peru, France, Italy, and Germany. My goal is to make nomadic travel a full-time lifestyle, living in interesting places briefly instead of just visiting them. Hopefully you will find some photos and insights from our travels here at Sweet Tea, No Lemon. 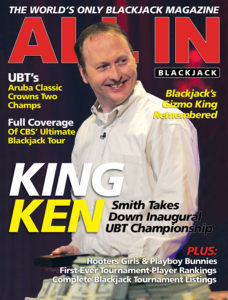 Many of you may know me from my history in the blackjack world, especially in blackjack tournaments. I began playing serious blackjack in the early 1990s when casino gambling arrived in my home state of Mississippi. In 1994, I participated in a blackjack tournament for the first time. After that, I spent a couple of decades on the tournament trail, competing all over the US and in Canada and the Caribbean as well.

I managed to make the cover of All In Blackjack magazine during the boom of tournaments, where they nicknamed me “King Ken”, a fact I had a little fun with when I won a Mercedes in a casino drawing later that year. 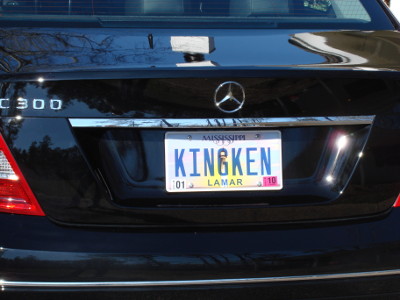 Tournament blackjack appeared briefly on television for a few years starting in 2004, and I was a participant on most of the shows. On GSN’s World Series of Blackjack I made the final table in the premiere season finishing in sixth place. I went on to appear in WSOB II, III, and IV over the next few years, as one of only three players who appeared in every broadcast season of the show’s run on GSN. After four seasons, the series was cancelled, and at this time there is no longer a World Series of Blackjack competition.

I also appeared on the Travel Channel in 2004, competing in the Las Vegas Hilton’s Million Dollar Blackjack Tournament II. In the semifinal round, I needed one last winning hand to advance to the final table of seven players where the winner received one million in cash. My luck ran out with one hand to go and I missed making the final table.

In September 2006, the Ultimate Blackjack Tour was broadcast on CBS. In that show’s premiere episode, I won the event with a first place finish worth $50,000. I also competed in the “Legends of Blackjack” special event for UBT, though my sixth place finish at a table of seven players was far from legendary!

Televised blackjack was an absolute blast for me, especially the events that were filmed in Aruba and St Kitts.

After gaining a reputation as a leading tournament strategy expert, I wrote monthly magazine columns in both Blackjack Confidential and All In Blackjack magazines during the run of those publications.

I authored two books on blackjack tournament strategy: “How to Win More Blackjack Tournaments” and “How to Win Even More Blackjack Tournaments – Volume II”. Both are available only as e-books. They are packed with strategy tips for players of any skill level from newbie to pro, including several groundbreaking ideas that have never before appeared in print. Click here for a special package deal that includes both books.

I also created one of the most popular websites about blackjack at BlackjackInfo.com, and a sister site about tournaments at BlackjackTournaments.com. In 2016, I sold those sites to a new owner and I am no longer affiliated with them. 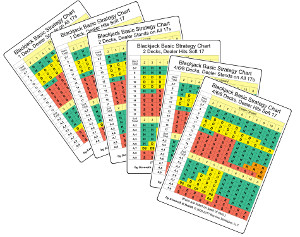 To see all the details of my popular blackjack strategy card products, visit StrategyCard.info.

You can purchase the cards at Amazon. (The links here are my affiliate links. As an Amazon associate I earn from qualifying purchases.)

Get the entire Set of Six Blackjack Strategy Cards, or just get the most popular card for the 6-deck H17 game.

In 2017, I added a new option to my card offerings, a larger size card that is easier to read.  Now you can choose between the convenience of the original wallet-size cards mentioned above, or try out the new pocket-sized cards here: Set of Six Blackjack Strategy Cards – Large Edition.  There are individual cards available in the larger size as well.

In 2020 I launched a new project, a tool for learners of Spanish focusing exclusively on what I found the most important yet difficult task in becoming fluent… Verbs.

Visit VerbMaestro.com to learn and practice all the verb tenses in Spanish. You can get started at no charge in the free tier.

Online Casinos in the US

I continue to write about the casino gambling world, especially the legal and regulated US online gambling market. I have individual sites for several states, focusing on the online casinos in that state. Visit my sites for New Jersey, Michigan, Pennsylvania, and West Virginia.

My online casino sites have a unique feature that I developed, a tracker which keeps up with which games and how many games are available at each casino. It sounds simple, but in reality it is an exclusive and original resource for the industry.

And here’s a link to an interview I did for ThePogg: Interview with Ken Smith. We covered a few interesting stories.

4 replies on “About Ken Smith”

Hi Kevin, and thanks for getting my strategy cards.

You are correct in thinking that the higher the count, the more likely you should be to surrender.

I’ll give you the actual surrender index: You should surrender 16vT at -4 or higher.

Now, on to more esoteric details…

I decided to not include the surrender indexes, for two reasons. The first is that the cards already are a bit complex for many users, and I didn’t want to add another way for users to potentially make a mistake in their use. The second is that surrender is unfortunately not as widely available as it once was, so it’s not something most users will need.

Note that even in a game with surrender, the hit/stand index for 16vT is still useful. For example, after splitting, or after hitting, you can no longer surrender.
In those cases, use the index number of zero to decide whether to stand or hit.

As for every decision on my cards, I show the mathematically best play.

For your question, when you can double after split, that’s the most profitable play with (4,4) vs 5 or 6.

If you want to understand more about expected value of different strategies, see these tables:
http://web.archive.org/web/20051126143403/http://www.bjmath.com/bjmath/ev/ev.htm